Summary
Maine has a long tradition of public access to private coastal property. Notably, Maine is one of only a few U.S. states where coastal property owners own to the mean low tide line subject to a colonial-era easement for “fishing, fowling and navigation.” Yet in recent decades, new pressures for access to the coast are challenging these long-held traditions.

For more than a decade, universities, state and federal agencies, and nonprofit organizations have collaborated on outreach, education, and research initiatives to build stakeholders’ capacity to address their own working waterfront issues locally. Maine’s successes have encouraged working waterfront practitioners in other states to look to Maine models. In hindsight, the progression of efforts in Maine can be viewed as a series of phases during which the lessons learned in one phase inform the next. These phases include: 1) increasing understanding of the issues and building capacity; 2) understanding regional needs; 3) meeting identified needs and identifying tools; and 4) creating new tools, adapting and sharing resources, and building national partnerships.

Transferability
The application of these outreach and education initiatives to other states is unlimited. Many of the policies, tools, and resources developed in Maine have already been adapted for use in other states, and even in Canada.

Background
Maine has a long tradition of public access to private coastal property. Notably, Maine is one of only a few U.S. states where coastal property owners own to the mean low tide line subject to a colonial-era easement for “fishing, fowling and navigation.” Yet in recent decades, new pressures for access to the coast are challenging these long-held traditions.

Within the last two decades, liability issues, economic risk, and changes in public demand, attitudes, and etiquette have become major concerns for landowners and waterfront users alike. In extreme cases, for example, some coastal property owners have excluded the public by gating or fencing their properties. From the supply perspective, escalating real estate prices have transferred many acres of coastal land out of local and traditional ownership and converted them to new, non-compatible uses, or to new owners who may not be aware of local access customs. Therefore, some owners may seek to deny access for traditional uses such as commercial fishing or recreational beach access.

Goal
Partners in Maine have collaborated on outreach, education, and research initiatives to build stakeholders’ capacity to address their own working waterfront issues locally.

Challenges
User conflicts over access to Maine’s coastal lands and waters have resulted in losses for some stakeholders. The loss of coastal access impacts the quality of life in Maine by reducing coastal space available for public recreation and water-dependent businesses, raising the costs of doing business for commercial fishing and tourist-based businesses that depend on waterfront access, and increasing conflicts between private property and public trust interests.

Actions
For more than a decade, universities, state and federal agencies, and nonprofit organizations have collaborated on outreach, education, and research initiatives to build stakeholders’ capacity to address their own working waterfront issues locally. Core partners on the team include Maine and Virginia Sea Grant programs, the National Sea Grant Law Center, Coastal Enterprises, Inc., Maine Coastal Program, Island Institute, and the University of Maine School of Law. The success of these and other initiatives launched in Maine have encouraged working waterfront practitioners in other states to look to Maine models. In hindsight, it’s instructive to view progress in Maine as a series of phases between 2002 and the present, in which the lessons learned in one phase inform the next.

Phase I, 2002 – 2004 – Increasing Understanding of the Issues and Building Capacity
Coastal access and working waterfronts emerged as top concerns of hundreds of coastal stakeholders throughout the region. To better understand the unique legal foundations of coastal access law in Maine, partners began their work by compiling existing legal resources. They soon found that most existing resources were outdated and unavailable to the public. In response, they collaborated with the University of Maine School of Law to revise and update the educational booklet, Public Shoreline Access in Maine: A Citizen’s Guide to Ocean and Coastal Law. Demand for this resource remains high. Then the partners, in concert with University of Maine law school faculty, used the knowledge gained by their research to train 30 professional and community associates on the public trust doctrine, coastal private property issues, and Maine’s Colonial Ordinance. New partnerships between individuals and organizations were formed as a result.

During this same period, partners and the Gulf of Maine Foundation designed and implemented a Working Waterfront Access workshop in the Midcoast region of Maine. The 70 diverse participants identified experiences, challenges, and solutions for waterfront-dependent communities and businesses, and shared information about the tools available to shape the future of Maine’s working waterfront. Bringing together diverse, and in some cases conflicting, interests in this way provided a much needed forum for discussion and set the tone for the partners’ future work.

Phase II, 2004 – 2006 – Understanding Regional Needs
Maine’s 5,300 mile coast is distinguished by regional differences in social, environmental, and economic conditions and is typically divided into three regions: Southern, Midcoast, and Downeast. The first stakeholder workshop in the Midcoast region underscored the importance of conducting needs assessments in the other regions. Additional workshops were held during this period in the Southern and Downeast regions. The central themes to emerge were: 1) foster an environment of cooperation among diverse stakeholders; 2) address the need to balance access to and use of coastal resources with the need for protecting these resources from overuse and degradation; and 3) use existing state policies to address coastal access issues specifically.

An important outcome of this phase was the formation of the Maine Working Waterfront Coalition to address coastal access issues specifically affecting Maine’s working waterfront, and many team partners joined the effort. The Coalition comprises over 100 individuals and organizations dedicated to protecting working waterfronts through policy, planning, investment, and education. Once formed, the Maine State Legislature requested that the Coalition conduct research to assess and quantify the scale of working waterfront challenges faced by coastal communities, and to identify policies and tools to respond to these challenges.

Phase III, 2006 – 2008 – Meeting Identified Needs, Identifying Tools
The partners next turned their attention to investigating how existing state policies could be used to address coastal access issues. Maine’s “current use” taxation program for example, had been used successfully to preserve farm, forest, and open space lands. The Maine Working Waterfront Coalition mounted a significant public outreach campaign to extend the policy to coastal areas and, in 2005, Maine citizens voted to extend the program to working waterfronts, and created Maine’s Working Waterfront Tax law. Once enacted into law, outreach was needed to educate stakeholders about the new policy. Thus, the partners collaborated with the Maine Department of Revenue Services to design the workshop, Current Use Taxation and Other Tools to Preserve Working Waterfront in Maine, delivered to municipal tax assessors and qualifying land owners in five locations along the coast. Feedback from municipal officials was shared with the legislature’s Taxation Committee, for the purpose of improving the new tax program. The Current Use Taxation tool has since been adapted for use in other states.

At the same time, Maine’s Working Waterfront Coalition acted upon research results showing a need for a public financing tool to protect working waterfront lands. The Coalition led another voter outreach campaign that resulted in passage of a bond referendum to capitalize the Working Waterfront Access Pilot Program (WWAPP). To date, this program has protected 24 commercial waterfront properties, ensuring access for 672 fishing boats.

To explore the concept of using existing policies to address access issues specifically, the partners were next granted funding by the National Sea Grant Law Center to research Legal and Policy Tools for the Protection of Coastal Access in Maine and the Nation. The findings showed that traditional legal approaches to preserving land (acquisition, transfer, contracts, planning and regulation, and taxation) could in most cases be applied to coastal access. The findings were presented to Maine’s Working Waterfront Coalition, inspiring their initial concept of a Working Waterfront Conservancy and spawning further legal research.

As state and local awareness regarding coastal access and working waterfront issues was increasing, a national-level discussion to define Sea Grant’s role in addressing these issues across the country was launched in 2007. To inform this goal-setting process, the National Sea Grant Office and Hawaii Sea Grant invited Maine Sea Grant to take the lead in implementing national-level research resulting in the needs assessment Access to the Waterfront: Issues and Solutions Across the Nation. The findings in this report have been referenced extensively, including by US Representative Chellie Pingree’s legislative testimony on October 20, 2009, in support of the Keep America’s Waterfronts Working bill.

Phase IV, 2008 – present – Creating New Tools, Adapting and Sharing Resources, Building National Partnerships
To make the Legal and Policy Tools research findings available to Maine stakeholders, the partners designed and developed the website Accessing the Maine Coast: everything you wanted to know about rights and responsibilities of accessing the coast of Maine. A legal review of the site content by the National Sea Grant Law Center determined that the vast majority of the content could be applied to other coastal and Great Lakes states and as such provided a readily-adaptable model which has since been launched in Alabama, Hawaii, Mississippi, New Jersey, and Virginia, and soon to arrive in Nova Scotia, Canada. This model can also be made available to qualified applicants in other states.

To introduce the new website to stakeholders in Maine, the partners hosted a second round of regional coastal access workshops in Spring 2009. Feedback from these workshops indicated that additional information on tax strategies to preserve working waterfronts was an emerging information need. With this updated needs assessment to reference, National Sea Grant Law Center funded the partners’ continued legal research into this question of tax tools. The findings were integrated into the Accessing the Maine Coast website and presented again to Maine’s Working Waterfront Coalition, who immediately provided the information as reference to Maine legislators toward drafting a real estate transfer tax bill for working waterfronts. In addition, findings proposing that working waterfront land donations be considered charitable (non-taxable) donations, was picked up and referenced in Virginia Legislation, VAHB 2263, A Bill to amend the Code of Virginia relating to state and local tax, fee, and regulatory relief for the preservation of commercial fisheries.

As Maine’s models for addressing coastal access and working waterfront issues were increasingly referenced in other states, the partners (led by Maine Sea Grant) were invited to host and coordinate the second Working Waterways and Waterfronts (WWWWF) National Symposium on Water Access, in Portland, Maine, September 27-30, 2010. The symposium engaged about 220 participants and 100 presenters, and initiated efforts to form a National Working Waterfront Network (NWWN). The volunteer committee that formed to develop NWWN’s mission, focus areas and activities, successfully competed for U.S. Economic Development Administration funding to Create Community and Economic Development Tools for Preserving Working Waterfronts and Waterways. The tools and research include: 1) historical trends; 2) economic impacts; 3) financing tools; 4) legal and policy tools; and 5) outreach and education. These findings form the Working Waterfronts Toolkit that is featured here on the National Working Waterfront Network website.

Programs and Notes from the forum series on coastal access and working waterfronts www.seagrant.umaine.edu/extension/coastal-access-and-working-waterfronts#forum

Access to the Waterfront: Issues and Solutions Across the Nation www.seagrant.umaine.edu/extension/coastal-­‐access-­‐and-­‐working-­‐waterfronts 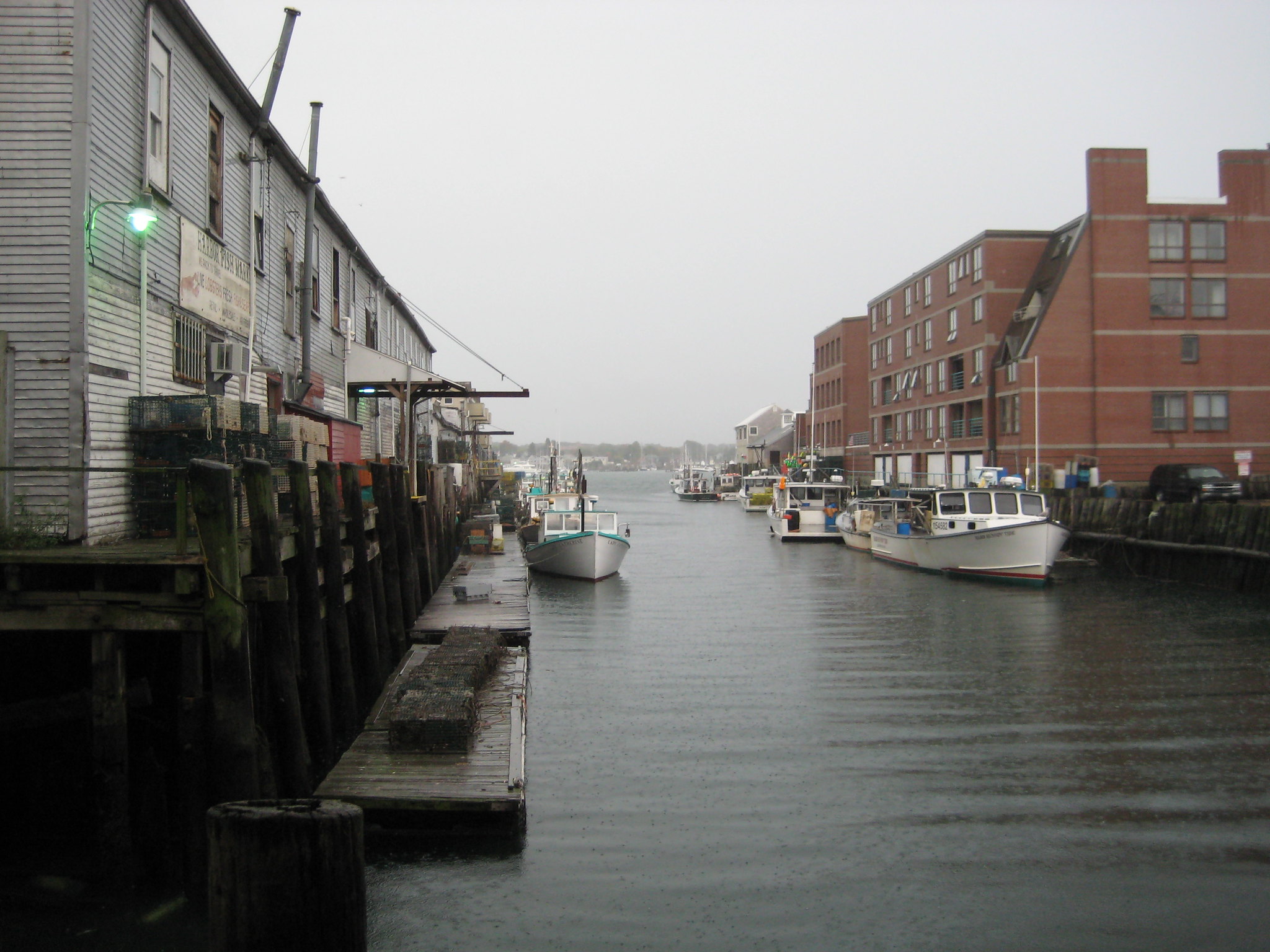 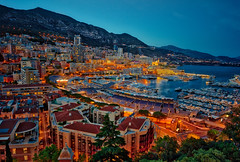 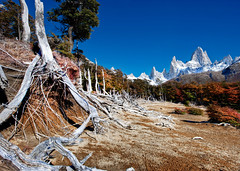 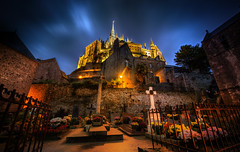 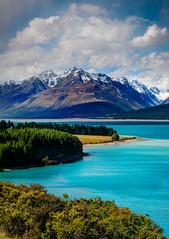 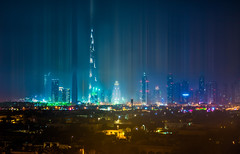 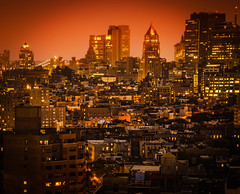 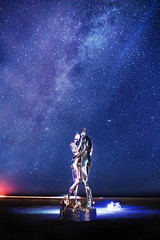