Summary
Portland, Maine, has over 30 years of experience in balancing maritime and non-marine uses along its waterfront. Compatibility between marine and non-marine uses has always been important to the City’s approach to waterfront zoning. Residential uses and hotels are not allowed, while other uses are considered compatible if performance standards related to the working waterfront are met. When non-marine uses are permitted, these users are expected to reinvest in the working waterfront infrastructure, and some have done so by implementing green infrastructure in the Central Waterfront, including tree-box filters and bioswales to address stormwater issues. Since 2008, the City has worked closely with pier owners and the fishing community to update the zoning ordinance to address concerns about the mix and compatibility of marine and non-marine uses. Economic downturns, coupled with long-term declines in fishing and maritime industries, continue to challenge the feasibility of maintaining the waterfront’s aging marine-related infrastructure. These issues are exacerbated by sea level rise, which now must be considered as part of the City’s infrastructure (including working waterfront infrastructure) procurement process. Portland’s innovative application of mixed-use zoning is an important strategy to help generate the funds needed to protect and maintain that built infrastructure, while protecting water-dependent uses.

Transferability
Portland’s approach is to protect maritime uses through water dependent use zoning, while also allowing a mix of compatible uses. Non-marine uses must respect the functional needs of higher priority uses and provide needed revenue to invest in marine infrastructure. Such investment can take the form of green infrastructure implementation to alleviate water quality or quantity problems working waterfronts and their water-dependent uses may be facing. Portland is using tools such as the marine investment fund and performance standards to help maintain the working waterfront infrastructure. In addition, the City fostered a collaborative process, working closely with pier owners and the fishing community through the waterfront inventory and development of changes to the water dependent use zoning ordinance. This parallels the City’s receptivity to working with partners on sea level rise issues, which is unfunded but important to the City to identify and implement adaptation strategies that build on their recent vulnerability assessment and other resilience studies; other communities may also adopt an openness to similar partnerships that help provide external technical and/or financial assistance.

Engaging stakeholders was also key: both pier owners and the fishing community were involved with the inventory (which made it credible) and the proposed zoning changes. When non-marine uses are allowed, there should be some benefit to the water-dependent uses.

Full Case Study Description
Background
Portland, Maine, began its waterfront planning effort by identifying a range of land uses appropriate for its commercial harbor (water-dependent, marine-related, and compatible non-marine) and then developing zoning approaches that allowed these uses to co-exist. The community found that adopting a mixed-use zone that allows compatible non-marine uses to be located above and, in certain areas, alongside water-dependent uses was more successful (and flexible) than the previous zoning designation, which permitted water-dependent uses only. This zoning change allowed pier and wharf owners to fill vacant properties and generate income by leasing second-floor space and other commercial space, which helped pay for the high costs of maintaining commercial marine infrastructure.

History
The commercial fishing industry has long been an important part of Portland’s waterfront. Public outcry over residential condominium development on working piers in the 1980’s led the city to adopt zoning policies to protect those uses. Portland’s central waterfront has always included a mix of uses. For example, retail and restaurant uses are concentrated along Commercial Street, Portland’s waterfront drive, away from the working ends of piers and closest to downtown and historic shopping areas.

Local Context
Portland is Maine’s economic capital because the city is home to Maine’s largest port, largest population and has proximity to Boston 115 miles to the south. Over the years, the local economy has shifted from fishing, manufacturing, and agriculture to a more service-based economy, although commercial lobster fishing continues to be important to the local economy. As of the 2000 census, the population was 64,250. The Central Waterfront, between the deep water piers of the Maine State Pier and the International Marine Terminal, is still a major employment center. Ground fishing and related businesses are the largest employment sector. Lobstering is the second largest employer and supports the largest number of commercial vessels. Of the non-marine businesses, general offices comprise the most businesses, and restaurants employ the most people. The Port of Portland is the second largest cruise and passenger destination in Maine, and ferries service a number of nearby islands.

Challenges & Issues
The biggest challenge for Portland has been maintaining aging infrastructure for working waterfront activities. Lobstering is stable in terms of vessels and landings, but ground fishing is down dramatically in both vessels and landings. An overall goal has been to “maintain authenticity and historic fabric of the waterfront, while allowing uses that generate revenue that sustain marine infrastructure while assuring visual and physical public access.” Marine infrastructure needs investment and improvement to be safe, function, attractive, and “open for business.”

Infrastructure is further threatened by sea level rise, but wholesale rebuilding is not financially feasible. Instead, incremental improvements — aligned with what the City understands from its vulnerability assessment — on a project basis are being made. For example, on the Western Waterfront, a boatyard installed an engineered gravel surface rather than pavement to deal with stormwater issues (both quality and quantity) and improve permeability; such a surface is more easily adaptable as elevation changes are needed to keep pace with sea level rise. Also, as mentioned above, Portland has integrated consideration of sea level rise as part of their infrastructure procurement process to make sure that it is being addressed early in the design phase.

Actions Taken
In 2008, prompted by a zoning amendment application from pier owners in the Central Waterfront, the City initiated a new planning process. Both property owners and the City were concerned about the lack of needed investment to repair and maintain piers. Even with expanded non-marine development, the overall infrastructure investment needs were greater than the revenues generated through rents alone. In 2009, an inventory of buildings, uses, and vacancies provided a baseline of current conditions within the Central Waterfront. This inventory identified 41% primarily marine use, 47% non-marine use, 8% mixed use and 4% primarily vacant.

Accomplishments
The updated inventory of uses within the Central Waterfront provides a baseline to monitor the effects of the new zoning.

Next Steps
Economic downturns, coupled with long-term declines in fishing and maritime industries, continue to challenge the feasibility of maintaining the waterfront’s aging marine-related infrastructure. Portland’s innovative application of mixed-use zoning is an important strategy to generate the funds needed to protect and maintain that built infrastructure.

Additional Information
“Development in the Central Waterfront will achieve a balance where non-marine economic development benefits the piers, Commercial Street, the Waterfront and the City by sustaining marine infrastructure, protecting opportunity for commercial marine activity, and promoting appropriate access by the public to views and activities in Portland Harbor.” Portland Planning Board and City Council, March 2011 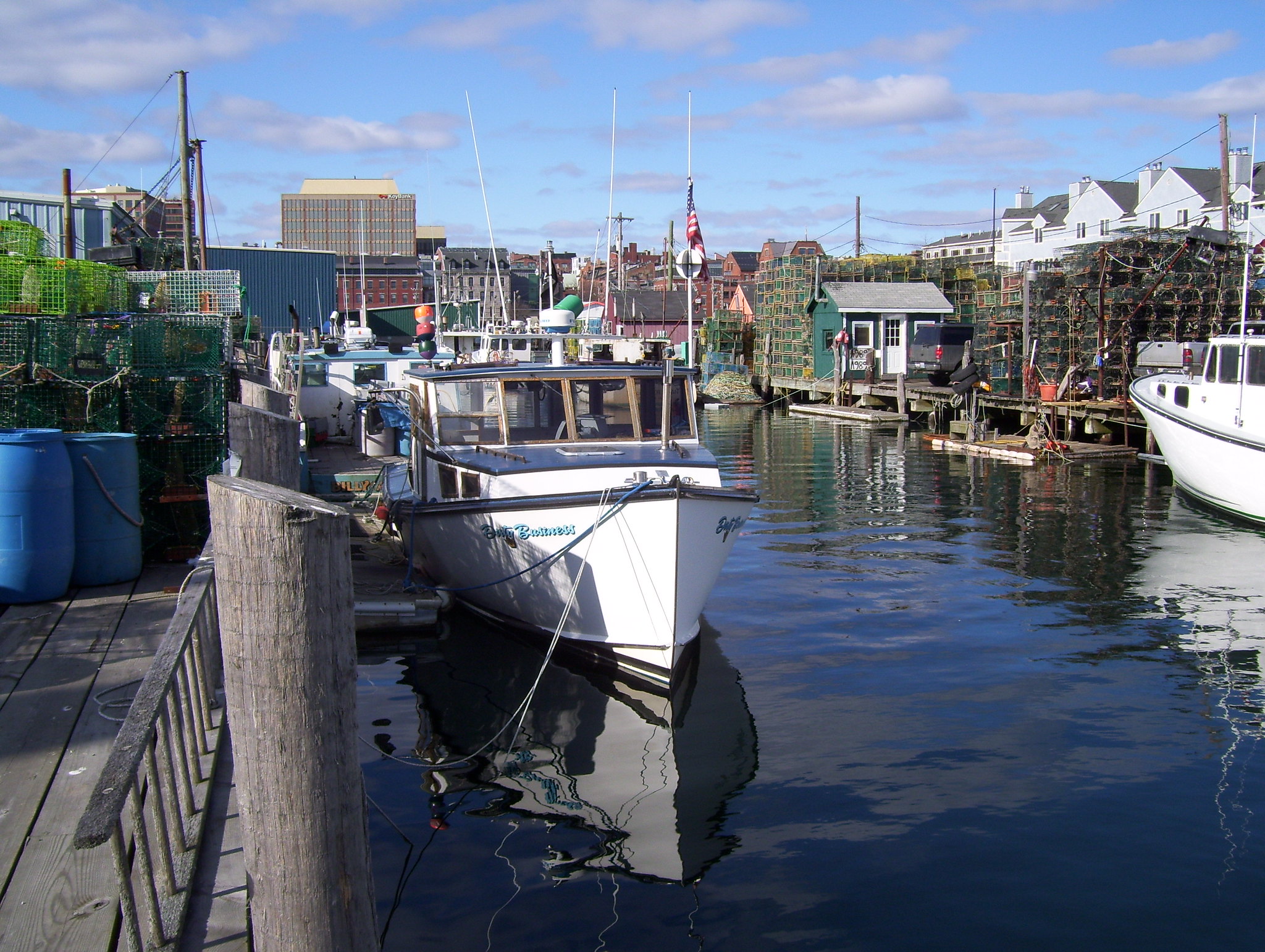