Summary
The goal of Marquette, Michigan’s waterfront redevelopment was to transform the former industrial waterfront into a walkable, mixed use waterfront zone that was physically connected to the downtown and supported a host of water depended uses. This case study describes how the city used form-based code to transform its waterfront to meet community needs and desires, protect existing working waterfront areas, and foster greater protection and resilience of its natural resources in a changing economy.

Marquette became a significant port community during the late 19th and early 20th centuries. Mining and industrial infrastructure dominated the city’s economy and Lake Superior waterfront, and the city emerged as a leading shipping center of the Upper Peninsula. While Marquette continues to ship ore and iron pellets and function as a significant commercial fishery and port, in recent decades the city’s economy has become more reliant on education, health care, recreation, and retail. This economic transformation prompted the need and opportunity to reassess the use and design of the city’s waterfront.

In partnership with Michigan Sea Grant, Marquette participated in an EPA/NOAA Smart Growth Implementation Assistance for Coastal Communities pilot program in 2006. This program provided the city with technical assistance to produce a draft form-based code to guide downtown and waterfront redevelopment towards a more economically viable place to live, work, and visit, as well as to protect water resources. Form-based codes are regulations that are adopted into city or county law, and that use physical form rather than the separation of uses employed in conventional zoning. To determine what the community wanted for the downtown waterfront, the city held design workshops that were attended by a broad range of stakeholders and residents. Additional funding was provided in 2007 by the Michigan Coastal Zone Management Program for a phased approach to revising its zoning ordinance. The city realized the community’s vision by replacing traditional use-based zoning with form-based code in the northern half of the waterfront, resulting in a pedestrian-friendly waterfront that is well connected with Marquette’s downtown and benefiting current and future residents by increasing and protecting public access, managing stormwater, protecting water quality, preserving coastal historic structures, and preventing erosion of steep slopes and bluffs. This work was further complemented by efforts to improve public access by relocating Lakeshore Boulevard and restoring a 3,000-ft. stretch of Lake Superior shoreline by siting a park and non-motorized trail in the current road location and constructing a dune-swale system.

Transferability
Appropriate legislative authority is necessary to write, adopt, and implement form-based regulation and adopt form-based code. Form-based codes are appropriate for a specific area of a community or they can be applied community-wide.

Communities should be aware that form-based codes can be more cost and labor intensive to prepare than traditional use-based zoning. In communities such as Michigan’s townships where roads fall under the jurisdiction of a road commission, or where streets are regulated by separate authorities, there may be limited ability for using form-based code to regulate existing public streets. Additionally, where form-based codes are adopted there may be a need for industrial use zoning. There is also potential, however, for form-based codes to lead to some cost and time savings due to reduced demand for Zoning Board of Appeals meetings, freeing up limited resources as communities no longer need to spend as much time or money (e.g. on per diems and travel for board members).

Best Practices
Engaging in planning exercises in advance removed some of the politics from the development process and allowed for a conversation more focused on economic development tools, brownfield abatement credits, etc., rather than whether a project was appropriate or not. Engaging the community and getting citizens and professionals together also led to an effective visioning process. Marquette’s downtown and waterfront revitalization demonstrates that an array of planning tools can successfully be used to facilitate the revitalization of former industrial land into a mixed-use, public-private working waterfront.

Full Case Study Description
Background
The City of Marquette, Michigan, lies on the southern shore of Lake Superior in Michigan’s Upper Peninsula (U.P.). Marquette is the largest city in the U.P. and is a regional center for higher education, health care, recreation, and retail. Marquette’s Lake Superior coast supports a number of waterfront uses, and the city is both a summer and winter tourist destination.

Development in Marquette began with the discovery of iron deposits in 1844, followed by formation of the Jackson Mining Company and the Marquette Iron Company in 1845 and 1849, respectively. Marquette emerged as a shipping center due to its rail and water transportation connections to the Great Lakes Region. Though the city continues to ship ore, industry no longer dominates its Lake Superior shore and in recent decades the city’s waterfront has experienced significant change.

Goal
The goal of Marquette’s waterfront redevelopment was to transform the former industrial waterfront into a walkable, mixed use waterfront zone that was physically connected to the downtown and supported a host of water dependent uses.

Issues
Although Marquette’s working waterfront has always been integral to its economy and identity, the city developed with its back to the waterfront, creating a disconnect with the nearby downtown. With the decline of industrial shipping and closure of rail yards, the waterfront became increasingly vacant, and this disconnect became much more apparent.

The city’s waterfront — characterized in part by inadequate public access, abandoned industrial land and infrastructure, brownfields and outdated facilities — had become an underutilized eyesore that added little value to the downtown. Furthermore, any redevelopment that was occurring near the waterfront was often characteristic of cities in transition: haphazard and failing to blend with surrounding uses. The city realized that without a concerted revitalization effort, its waterfront would continue to slowly deteriorate.

Actions
Marquette leaders sought to capitalize on the economic value of placemaking — planning, designing, and managing public spaces to meet the needs and desires of residents and visitors and to establish a common vision — to increase both private development and public access to the waterfront, and to create a more walkable downtown that embraced Lake Superior.

The city adopted form-based code to create new redevelopment options for a portion of its downtown and waterfront, and to protect the city’s water resources. As defined by the Form-Based Codes Institute, a form-based code is a method of regulating development to achieve a specific urban form. Form-based codes maintain traditional community character by controlling physical form and then land uses through city or county regulations. This type of regulation differs from traditional zoning, which regulates through the separation of uses. Form-based code focuses on creating a human-scale environment through the relationship of building form to the streetscape and adjacent, mixed uses.

To guide development of the form-based code, Marquette, Sea Grant, and an EPA consulting team held two public meetings with a range of stakeholders, including city and planning commissioners, local landowners, downtown business owners, and interested residents. The public design workshop was an opportunity for the city to:

The process provided an opportunity for the community to come together and undertake a planning exercise that helped distill what the community liked about the existing character and how the community envisioned the future. The public input process was important, as noted by Dennis Stachewicz, Director of Planning and Community Development for the City of Marquette when he said: “What you can’t see in form-based code is the community visioning process.” This dynamic process brought residents and community leaders together to reflect on the future of their waterfront.

In response to citizens’ desire for a walkable waterfront that balanced public access, working waterfronts, and green space preservation, and was connected to the downtown, the EPA consultant team provided a model for a mixed-use Downtown Waterfront District. The model used tools including form-based code to implement and realize the community’s vision for waterfront redevelopment. The adoption of form-based code has been a key component of the waterfront redevelopment that has occurred since 2000 in Marquette. Through the adoption of form-based code, the city was able to prescribe a human-scale urban form that allowed for a wide range of uses in an eight square block area. Implementation of new zoning facilitated transformation by reorienting development towards the waterfront and an increased quality of life for both residents and visitors.

While the main focus of this case study is the use of form-based code as a tool for working waterfront protection, a number of actions and events that preceded and followed their adoption are important components to the waterfront redevelopment process (see Waterfront Redevelopment Timeline).

Authority to adopt form-based regulation
A state must have sufficient legislative authority to write, adopt, and implement form-based regulation to enable form-based coding. Many zoning enabling acts adopted after 1924 were modeled from the Standard State Zoning Enabling Act that was prepared by the U.S. Department of Commerce in 1923 and 1924. Although substantial changes have been made in many states’ current zoning enabling acts, a majority of the substance from the Standard Act remains the same. On a state-by-state basis, while there may not be specific enabling legislation for form-based coding, the argument can be made that current enabling legislation provides sufficient authority when read in the context of the intent and purpose of form-based coding. In Michigan, for example, a number of communities have adopted form-based code for portions of or entire jurisdictions, even though the Michigan Zoning Enabling Act (Public Act 110 of 2006) does not specifically provide enabling legislation for form-based codes.

In Michigan, under the Michigan Zoning Enabling Act regulations, districts and zoning must be based on a master plan. Therefore, a community should integrate principles from its master plan into form-based code language. 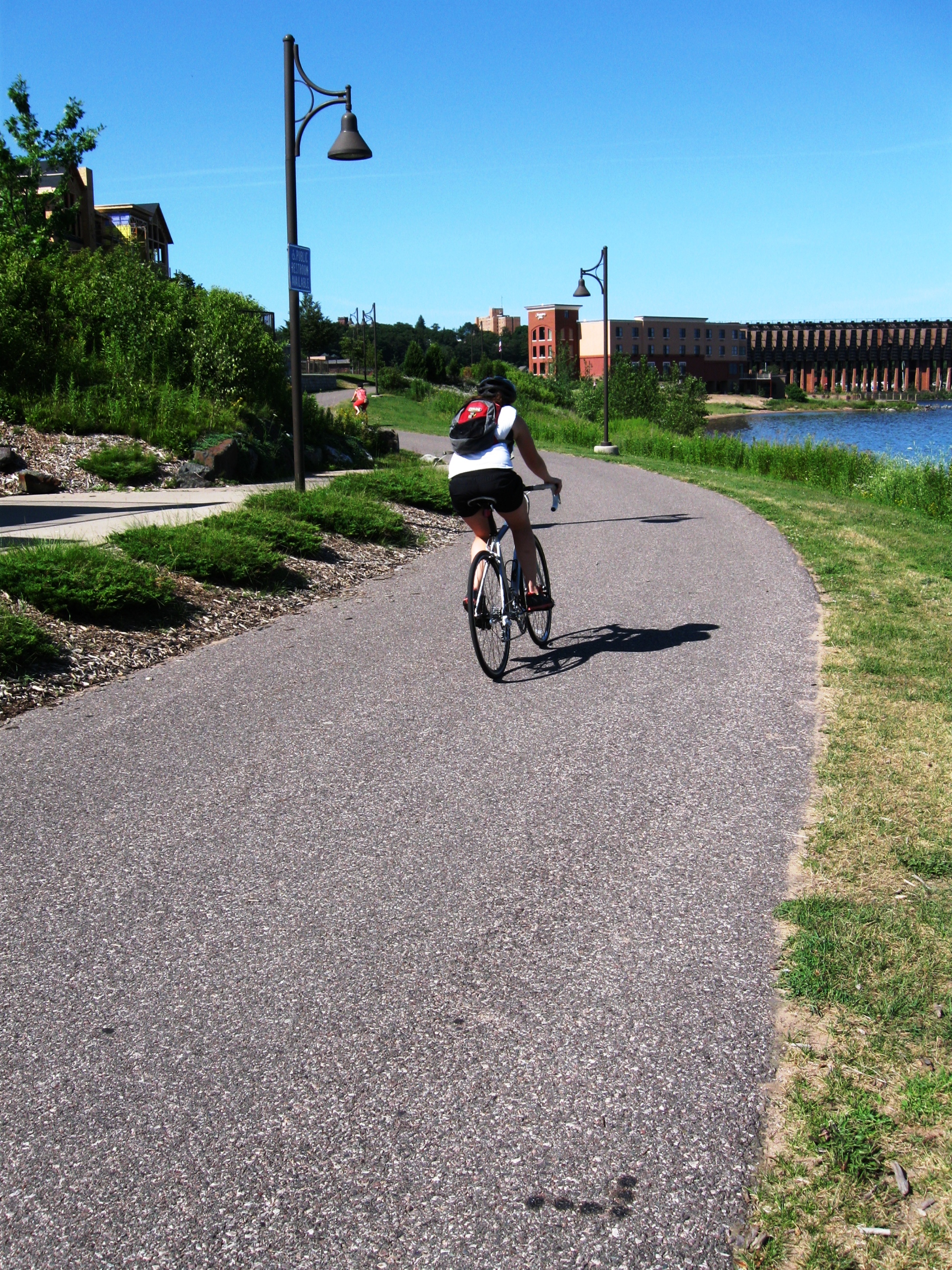