Located in the central Gulf of Mexico, Gulf Shores, Alabama has experienced significant challenges in recent years as the community works to recover from damaging hurricane and oil spill impacts on its beaches. In the wake of these disasters, Gulf Shores recognized the need to diversify the local economy. Through the development of a plan for a historic downtown overlay district called Waterway Village, the City seeks to spark a year-round economic driver that is less impacted by coastal hazards and improves community resilience. The Waterway Village overlay district is intended to improve access to the waterfront of the Intracoastal Waterway, and allow for the re-establishment of certain types of water-dependent businesses that historically were part of the waterfront. Leadership and investment from the City have been central to the district’s initiation, and long-term success hinges on public and private investment and partnerships. Analysis has been conducted of legal issues that present barriers to the district and approaches are being considered that will enable the implementation of the overlay district to proceed.

The approaches used in Gulf Shores are particularly transferable to communities with working waterfronts along the Intracoastal Waterway. Local ordinance strategies such as the creation of overlay zoning districts, and form-based codes may not be present in all communities and must be approved by the local or regional land-use authority.

Overlay Districts
Overlay districts are a specific type of land use planning tool, usually an additional layer of zoning regulations which overlays the general zoning map, that is used to either encourage or discourage certain types of development. Waterfront communities can use them to preserve working waterfront infrastructure or to encourage new water-dependent developments. (NWWN Newsletter, Aug 2013)
Form Based Codes
Form-based codes foster predictable built results and a high-quality public realm by using physical form (rather than separation of uses) as the organizing principle for the code. They are regulations, not mere guidelines, adopted into city or county law. (Form-Based Codes Institute, formbasedcodes.org/definition) 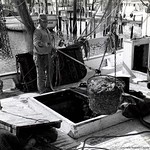