Summary
In 2009 North Carolina, South Carolina, Georgia, and Florida along with various partners entered into a formal agreement, establishing a regional ocean partnership known as the Governors’ South Atlantic Alliance (GSAA). Working waterfronts is one of four Priority Issue Areas identified by the Governors to be of mutual importance to the sustainability of the region’s economic, cultural, and natural resources. As outlined in the GSAA Action Plan, the Working Waterfronts Issue Area Technical Team is charged with working toward balancing the needs of multiple waterfront stakeholders, and thus ensuring the viability of South Atlantic waterfronts. The working waterfronts portion of the GSAA Implementation Plan incorporates three objectives: enhanced capability of ports and waterfronts through expansion of infrastructure; preservation of traditional uses of working waterfronts by balancing public, commercial, port, residential, and military use; and determination of the viability of energy development of natural and human communities. By sustaining and enhancing robust cultural traditions, commerce, and use of public trust, the Working Waterfronts Team is addressing the goals set forth in the GSAA Action Plan.

Transferability
The GSAA Working Waterfronts Action and Implementation Plan could serve as a model for other coastal regions interested in addressing issues associated with working waterfronts, not only at the state level, but on a regional scale.

Best Practices
The Governors’ South Atlantic Alliance is a multi-state effort working at a regional scale to address four priority issue areas identified by the states. More specifically, the Working Waterfronts Priority Issue Area has fostered a strong regional partnership among the South Atlantic states that provides: – A structure and forum for collaborating, coordinating, and sharing information on a regional scale to address working waterfront issues; and – An opportunity for engaging in regional collaboration when fiscal and geographical limitations exist. 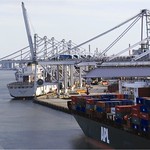